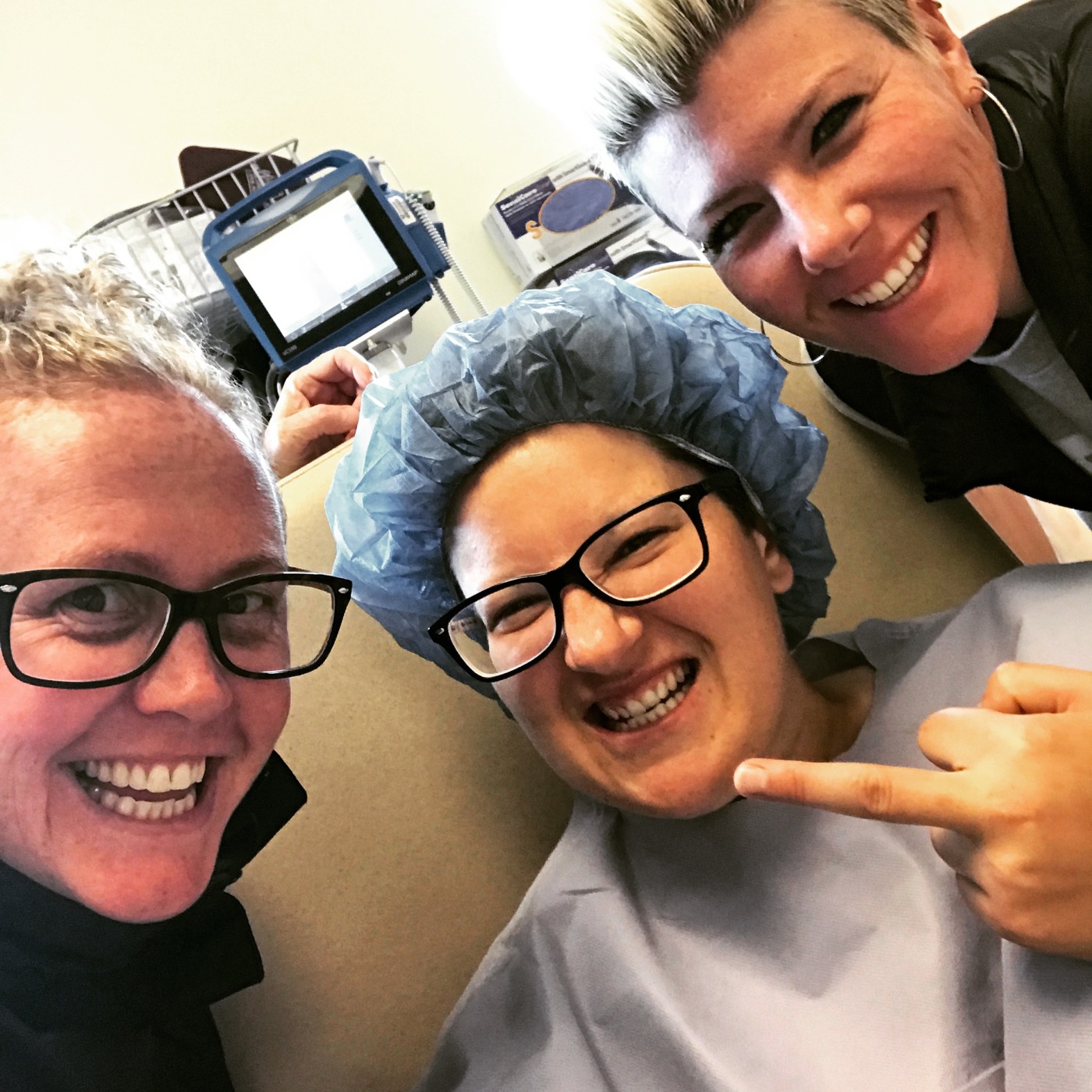 UGH THE DRAINS ARE BACK! but I’ll get to that later.

Second ever surgery in the books and I did my best to make sure that I learned from the last experience and I think for the most part, I nailed it.

Last time – So backed up, thanks to the T3’s.
This time – Started Restoralax right away. It has helped, but only a little. Meh.

Last time – Barfed after waking up. A LOT. EVERYWHERE.
This time – Told anyone that would listen at the hospital not to let me barf. Great success!

Instead of waking up and doing my best Linda Blair Exorcist impersonation, this time I felt great and not even that groggy. I was whipped off to recovery and waited with my thoughts (and new boobs) to be picked up.  In that recovery room I looked down at my gown and realized that surgery is such a strange thing and bizarre stuff happens while you’re under anaesthetic.

I know that I started my day changing into a lilac coloured purple paper gown but I also know that when I woke up I was wearing a light blue cotton gown with the standard pink tube top that helps hold the bandages to my chest. But…But…How did they get that on me?? They changed me in my sleep?!?!

I know that when I was lead into the operating room I had to jump up on that trusty diving board they called an operating table but I also know that I woke up on a rolling gurney. So they changed me AND lifted me up and moved me onto a new bed?!?!?! Who did this??? I only saw nurses that were about 100lbs soaking wet so unless there’s a special A-Team of scrub-wearing muscled heads that moved my big rear end, I have no idea how that happened. I wish there were cameras following me because it must have been like a scene out of Weekend at Bernie’s.

Oh yeah, I said at the beginning of this post that I have the stupid drains again and that I’d talk about it. 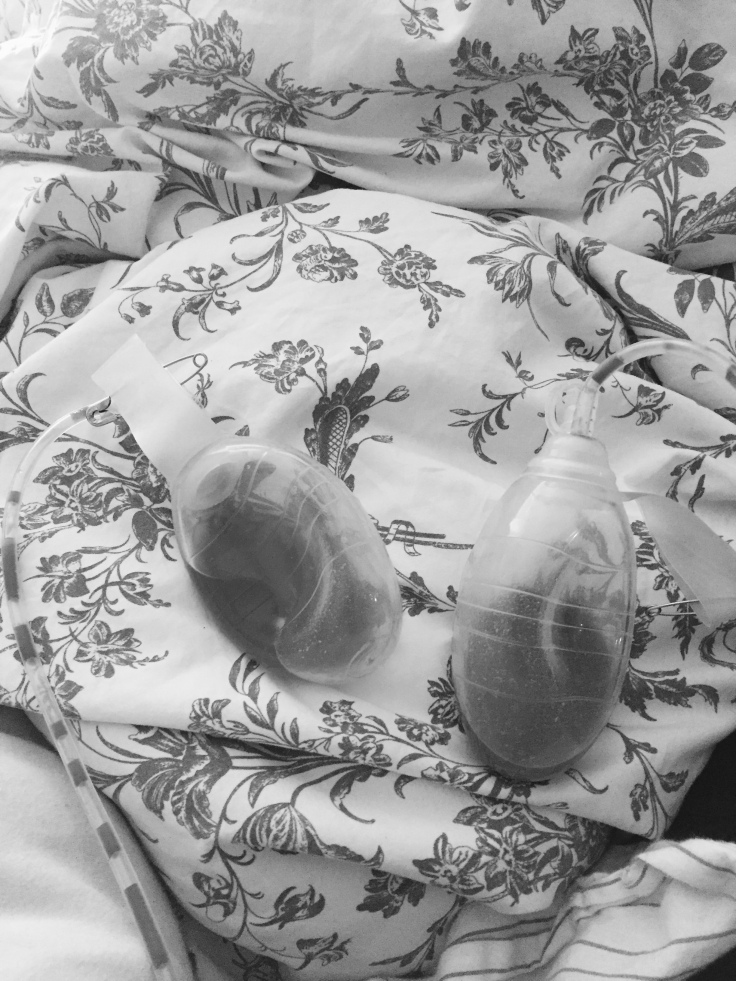 I have drains. They suck.