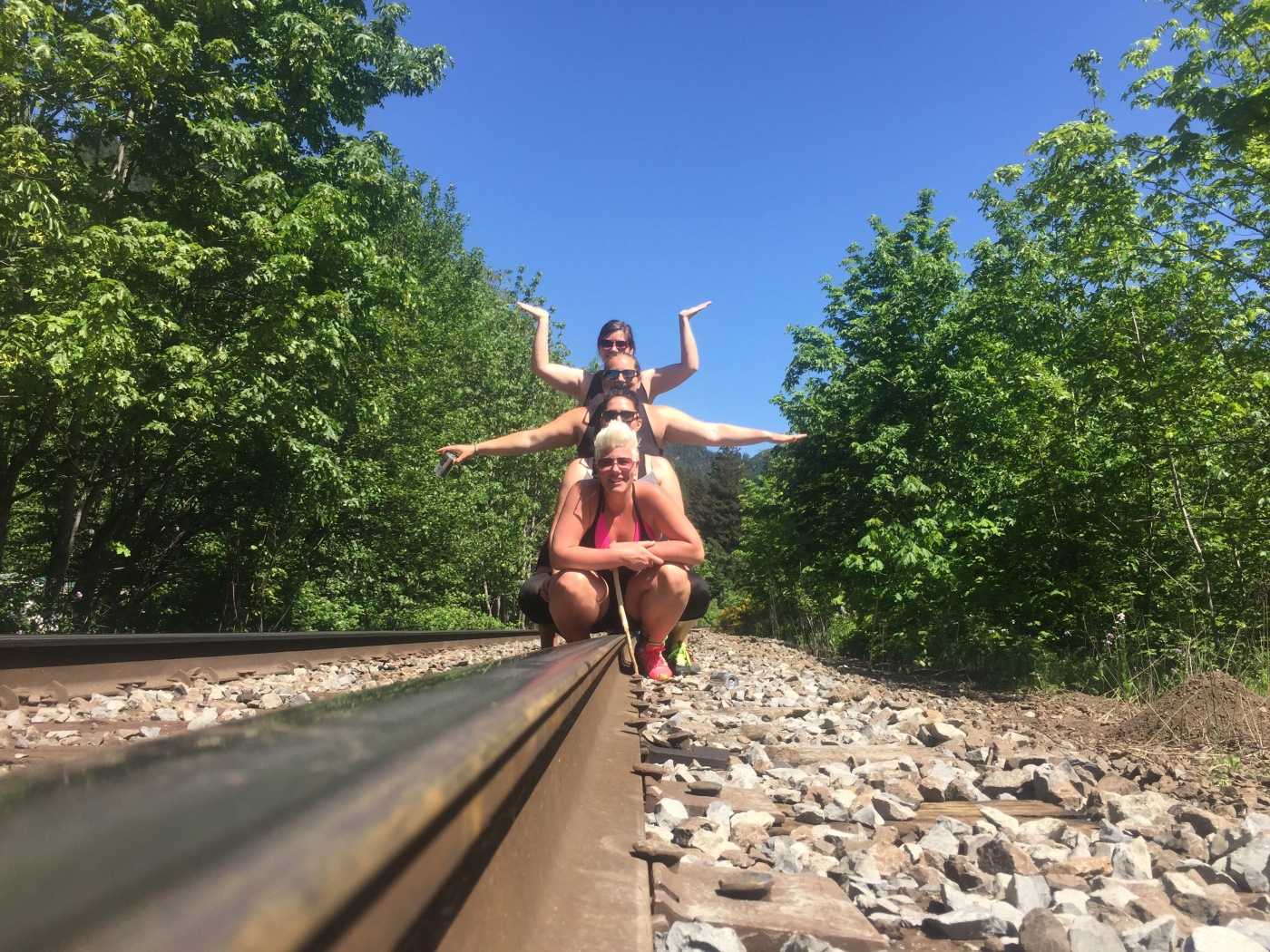 A co-worker I ran into yesterday brought to my attention that it’s been a while since my last post. She started off with a nice, “I like your blog” before cracking the whip telling me to get back at it so here we go.

I haven’t posted since my Gratitude post because not much has happened since then. Well, that’s actually a lie, lots has happened – I had a Bone Scan (never heard of it? me either, so I explained it in the Glossary of Terms), a super relaxing weekend in Birch Bay, another pump from Dr. Mian and then had a laughter filled weekend in Yale, BC with my best friends. I came back from Birch Bay and felt unbelievably relaxed and then this weekend came home feeling energized and rejuvenated. Ready for battle.

I had my next oncology appointment this morning and rather than introductions or small talk, at the beginning of appointments patients are asked to get on a scale. This morning’s scale was in the half-full waiting room. Cool. Please avert your eyes other patients. It felt like an awkward Weight Watchers meeting where your name is called and some overexcited meeting leader named Brenda gets you to weigh-in in front of the whole room. Luckily, the scale reads in Kilograms and no one I know (other than my dad) could do the math fast enough to figure out the weight in pounds. So, the lovely nurse asks me to step on the scale:

Dr. Pansegrau has a lot of patients and my last appointment was almost a month ago so I wasn’t sure if he would remember me. When he came in he asked how things were going since the last time we met, I told him that a few days after my last appointment I had my last drain removed and have been able to shower so I shouldn’t smell as bad this time. He laughed. Hard. Like so hard that it confirmed that I really did stink up the joint last time and that my odour was memorable enough to warrant belly laughs today.

He did a quick check of my incisions, told me that my bone scan results looked good and then gave me enough prescription anti-nausea medication to warrant getting one of those days of the week pill boxes.

Tomorrow is chemo school…that’s right. This stuff is so heavy duty that you have to attend class first before starting. They will give me the do’s and don’ts and the rundown of what to expect. Then Thursday morning at 9am shit gets real.

5 thoughts on “The Calm Before the Storm”